Italy and smartphone: we are the furthest boor in Europe

Italy and smartphone: we are the furthest boor in Europe 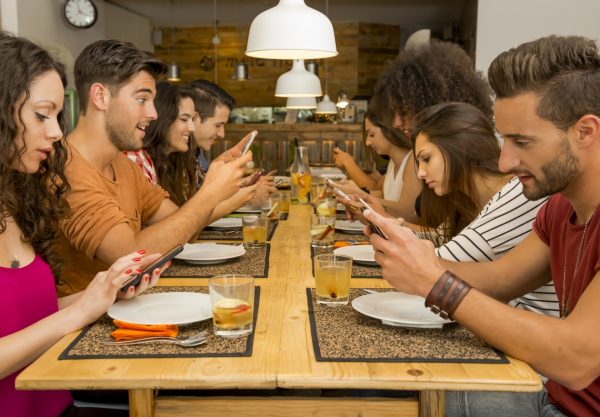 Compulsive use of the smartphone gives Italy as the “rudest nation of Europe”. This is what comes out from a Global Mobile Consumer Survey by Deloitte in 2016. As the number of circulating mobile phones increases in Italy, there has been an exponential increase of the time that Italians spend, even in the dead of the night, in subtracting vital space to friends and relatives. Smartphone has become very popular but it is also one of the most frequent causes of conflict, not only at home

Let’s start here to analyze the scenario that can be deduced from the data published by Deloitte in their Global Mobile Consumer Survey 2016, making a dutiful premise: it is a global survey, whose numbers have a certain weight and pitching a real scenario, involving 31 countries (from all continents) in the second half of 2016 for a total of 49,500 respondents (with online surveys of more than 60 questions specific to the mobile world).

For Italy the sample was of 2 thousand people (aged between 18 and 75 years), selected with the same criteria that Istat (the Italian National Institute of Statistics) uses in their studies, in terms of population distribution by region, age and gender, making the figures representative both for the 5 macro-regions of Italy (Northwest, Northeast, Central, South and Islands) and for the 6 relevant age groups (ranging from 18 to 75 years).

“Data show that compulsive use of smartphone, that named our country as the ‘rudest nation in Europe’, often causes friction and discussions inside and outside the house. The survey crowns Italy as the country where people fights more often because of the cell phone for 2016 in Europe”, states the report.

27% of the sampled people admit to being taken from their partners and even their children because “they’re always sticking to their smartphone”; from here, the first place as the European ‘boor’ country, always with the phone in hand, more and more often arguing because of that. Following there are Poland and France, with  21% and 16% respectively regarding the arguments between partners; Netherland is the country where there is less friction in Europe, with squabbles between partners limited to 13% of the interviewed.

Bickering feeds on the smartphone becoming a distraction and an escape from real life, used to follow celebrities and stars of show business (it’s been done by 21% of Italian sample compared to a European average of 13%) giving Italy another ‘nice’ first place, as the country more addicted to smartphone gossip!

Friction and discord in the balance between private and working life

Moreover, business phone, making us potentially traceable 24×7, is seeing that the separation between working life and private life is no longer clear-cut, overlapping one over the other.

Anyone using a business smartphone fully exploits it not only during working hours but also at night and on holidays.

This is what comes out from the statements of people surveyed: first thing in the morning they check their mobile phone (57%), and during the day they check it more than 200 times (59%); the survey shows that business people represent the 80% of Italians stating that they almost fall asleep with the phone in their hand and when they wake up in the middle of the night they answer to personal e-mails (64%) but primarily read (76%) and answer to work emails (83%).