Home automation: the most popular branch of IoT

Home automation: the most popular branch of IoT 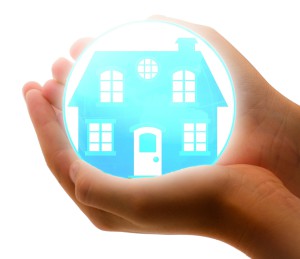 Analyzing hundreds of millions of news, blog, forum, and social media posts from March through June 2014, the data journalists at Appinions reveal the overall influence trend in IoT technology.

Interesting to find out how clear differentiation emerges between firms operating in three separate sectors:

1) home automation (connected home): technology to make household appliances, temperature controls, or electronics “smart” and connect them to the web so they can be programmed to function remotely.

2) software platforms: software that can collect data from and manage a multitude of electronic devices on a single platform through the web.

However, to date home automation seems to be the largest sector, accounting for 66% of the influence among the top 20 influencers, although connectivity devices host the greatest number of companies.

Given the business potential of this market, large companies like Apple, Google, Philips and Samsung are looking to get more involved.

Interesting to know that Apple announced HomeKit, a development platform to integrate existing and future smart home technology into the Apple iOS so that end users can use a single app for all home controls.

However, according to journalists who have investigated the IoT discussions on the web, at the moment no clear leader has emerging. “Only two months ago – says the report -, Intel was riding high following an announcement that they would be reporting revenue from IoT related business in their first quarter report, climbing even higher when their first quarter results revealed revenue up 32%. But the lead has been hard to sustain with competitors like Microsoft, Cisco, Apple, and Google also announcing forays into the market. These companies have been jockeying for position throughout the past 90 days, Most recently, Apple has taken a wide lead with its HomeKit announcements, but judging by the precedent set by previous top influencers, this lead is only temporary until the next big player comes in with an announcement of their own“.